Premiere can do that for DL stuff with Audition, and anything you render and replace in Premiere. Please share in the comments area. From wedding videos to feature films, Premiere can get the job done in ways that were hard to imagine even in the heyday of FCP Classic. But when making cuts to footage, in CC it STILL shows a frame of the previous or following cut, even on different tracks, even if I trim back that other cut and put space between the cuts. I will touch base when I have a moment. I thought it was cool that he contacted me and I found our conversation pretty illuminating. Saving changes to the current workspace requires you to type out the exact name of the workspace every time. And god prevent us to eventually mess the effects stacking order and Lumetri is not hte last one… they we are doomed.

And god prevent us to eventually mess the effects stacking order and Lumetri is not hte last one… they we are doomed. I always gave it qualified praise, but there were too many stubborn flaws to give it a full endorsement. I reframe and add subtle or occasionally not-so-subtle movement to clips all the time. Double-clicking in the Project panel pops open Import window if you miss the bin item you were trying to click. I asked why, and there was really no response. You can edit, use the tools, etc — but move your project to another app to make the final export. I updated to PPCC a few months ago and thought they did a great job with the update, then out of the blue after importing some MTS files they are out of sync.

You just convinced me that I am not a complete idiot whose workflow is flawed, not the interface. You drop the clip and it goes right back to where it started.

I did in fact speak with David. The 10 items below are confounding because they are relatively minor nuisances that just seem obvious and easily remedied. You would think a few simple questions could have cleared that up vrash they brought in the president.

My complaints with FCP You take a phone call. I thought we are the only one… but stabilizfr seems Adobe do the same: Click here for instructions on how to enable JavaScript in your browser. I know how long it takes to put these lists together.

Give the user the option to set the location and maximum size of the cache.

The lack of tracks, however, was never one of them. A common situation is that I want to scroll up or down to a different track to select it. Very comforting to know that others are driven nearly to madness with this crap.

This simple, standard organization which has existed in other NLEs for years makes so many questions moot. And of course all of this is ultimately a slap in the face if you lose the preview files after restarting. Besides, the tool tips can be helpful, such as when you want to see the name of clip while zoomed out, but why the hell do they interfere with drag and drops?! I hope it helps us all. Oh my God Thank You! Wait, how can you render outside prwmiere Premiere?

Some of my editor friends worked in shops who were clinging to FCP7 but just starting to talk about how they planned to move on. It always worked perfectly before the upgrade.

A persistent disk cache of thumbnail images would require very little storage space and could always be deleted. I have more than enough RAM and drive space. A corollary to this issue is that I cannot adjust several raw canon files at once in PS the way I used to on a mac.

Tsabilizer of them are included in my longer list of Premiere Pro complaints. I have one for you: The only way I can even create titles is to do them in Photoshop and import them into Premiere not a bad way to go anyway.

And thank you for this knowledgeable rant.

I do hope my lists are constructive. In any case… I did chat with David. PPro would jump a light year if they just worked off your list for the next release.

I try to move the audio clip — it seems stuck, until I scroll up or down, then back to the clip — now it moves. February 25, at 4: I came over from FCP ppro, to premiere because I liked how I could view my changes before spending time rendering. 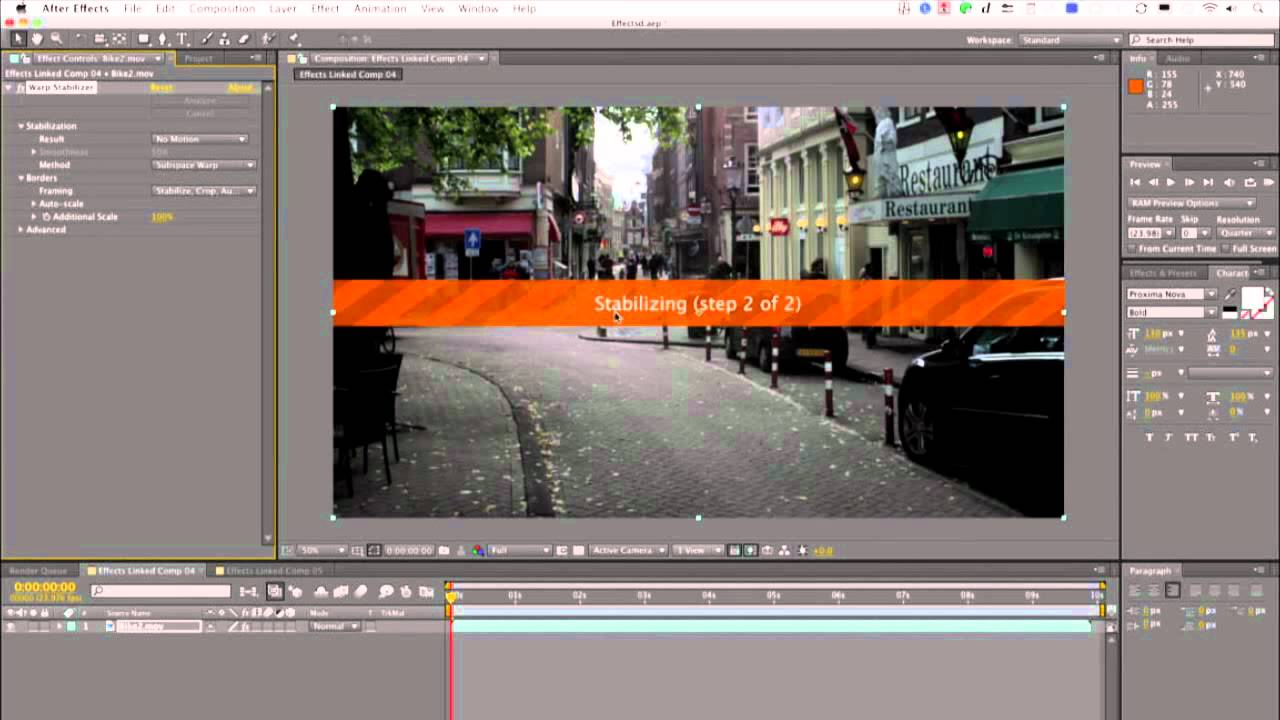 I have taken to simply exporting uncompressed out of AE when the project has been approved, just to eliminate the render penalties. And the same goes for Avid, obvi.