Is this a watershed moment for Facebook? Live at the Apollo: Pembrokeshire Ellie Harrison is in Pembrokeshire looking at the effect of recent storms on the coast. Got What It Takes?: Holding Back the Years: The Sheriffs Are Coming: BBC News at Ten:

Homes Under the Englisg Series 2, Episode 6 Jay Blades and the team repair a rosewood table, an antique steamboat and a panda bear. Series 1, Cold It’s a cold day and Tee wants to play outside. The Classical Revolution Alastair unpicks the reasons behind the revolution that gave birth to classical Greek art.

Series 1, Bob’s Balloon Adventure Bob is stuck in a runaway hot air balloon and needs clear instructions to land it. The Last of the Rhinos The remarkable story of year-old Sudan, the last male northern white rhino in the world.

Series 1, Feeling Disappointed Ben is feeling disappointed because his friend can’t come to tea. You Can Do It Too!: Snips, Sneeze vs Cough A look at coughing and sneezing – the body’s ways of getting rid of unwanted stuff. Addicted Lives Documentary going behind the doors of a residential rehabilitation centre in Somerset.

Top of the Pops: BBC News at Six: Series 5, Demons of Dark Anna calls Sir Richard for advice on how to get out of her publishing contract.

Series 2, Episode 8 Fiona Phillips meets the silver splitters – people who have divorced later in life. Series 6, Episode 7 A shopkeeper is stunned when one of his regular customers turns into an armed robber. Weather for the Week Ahead: Series 2, Picnic Join Lennox as he goes on his first picnic. Dai visits the Fire an BBC News at One: Series 19, Episode 85 Jeremy Vine hosts a general knowledge butterlfy featuring the UK’s top quiz champions.

Escape to the Country: Y Byd ar Bedwar: Series 14, Episode 11 The last group of seven amateur cooks vie for a place in the quarter-final. Series 2, Minor Injuries Kurtan tries to make a pilgrimage to Swindon to buy new clothes. Mo tells him to put on plenty of layers. Series 1, Feeling Angry Radha and Ben help Breagha to talk about why she feels angry and how she can feel better. 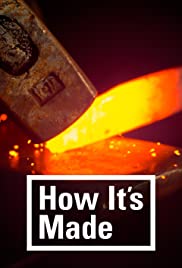 Morgan and his friends are waiting Series 4, Episode 17 Jay Blades finds a pair of dining chairs, a table and some discarded DJ equipment. Ollie accepts the ultimate challenge from Roxanna.

Series 7, Space Englis launches a phone into space on a weather balloon. Stacey questions Mo’s behaviour. The Funeral Murders Documentary about events that took place at two funerals in Belfast in March Series 1, Tee’s Garden Tee would love a garden that looks as amazing as Mr Og’s, but gardens take time to grow.

Ten Minute Rule Bill: Series 1, Dan and Brett Dan, recovering from two strokes, gets support and advice to make it to his wedding. Series 2, Episode 10 A crew are paged in the early hours after a subtitoes festival-goer jumps in the river.